Think back to Marketing 101. There were undoubtedly lots of charts, graphs and other snoozefest visuals. But there was one in particular that actually had some real relevance. One we’ve all used from the moment we entered the industry. The marketing funnel.

The idea is that the more efficient your marketing efforts are, the more prospects you can take from Awareness at the top to Conversion at the bottom.

There are a TON of versions of the funnel, each with varying steps, but there are a few fundamental steps that are included in pretty much every version.

That’s the traditional funnel model in a nutshell, and it’s the model we’ve been using for roughly a century. A century, people.

And even though the traditional model is old, it’s still relevant on a high level—but the way buyers move through the funnel is completely different today.

It’s a shapeshifting beast that changes how it actually looks depending on the individual. We’re talking micro-level engagement versus the traditional “group” journey.

One huge difference in today’s landscape is how smartphones and search engines have changed the research process. For example, we know that 90% of B2B buyers use search engines to research purchases, and we know that, on average, they conduct at least 12 searches before they will even engage with a specific brand’s website. What we are still learning is how we can take advantage of this behavior and how to best position ourselves and our brand during this research stage.

The traditional model also assumes that buyers only ever narrow down their options as they move through the funnel, but Google recently did a great study where they analyzed the search activity data for thousands of users and found that consideration sets would often grow and shrink quickly based on search activity. So, if you were to draw that funnel out, it would take a completely different shape, expanding and contracting as you go down the funnel.

They also found that buyers move up and down the funnel freely while researching, sometimes completely changing categories as they research rather than narrowing their options down. In a sense, we are now seeing buyers carving their own personalized path to conversion rather than flowing down that static sales funnel.

So, what does that mean to you? The simple answer is that it presents increased opportunities to reach your best customer or prospect along different touchpoints of this new journey. Leveraging this model will allow you to  make more meaningful connections with your B2B customers. 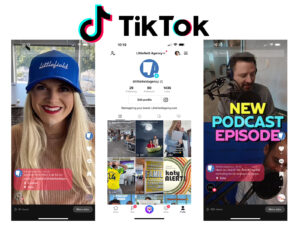 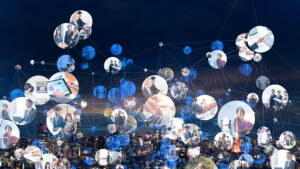 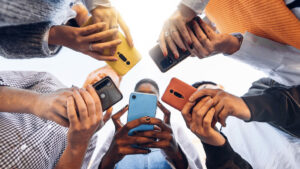